There are many criteria to consider when answering the question: When is the best time to visit Costa Rica?

January is conventionally considered the best time. The Christmas peak period is over and the rainy season finishes by the end of December leaving lush forests and vegetation, and sunny weather predominates along the popular Pacific coast.

Wildlife-wise, January sees many migrant bird species arrive from far and wide, while humpback whales and turtles make an appearance to breed and nest. January can, though, be a time of high rates and large numbers of visitors.

July and August can also be thought of as good times to visit Costa Rica. These months find more rain but there are fewer tourists and often lower prices. Even when it rains it tends to do so in short bursts, after which the sun comes out in all its glory to raise steam from the roads.

Another consideration is location. Many microclimates exist, so that one area might be inundated with rainfall while another is dry and sunny. 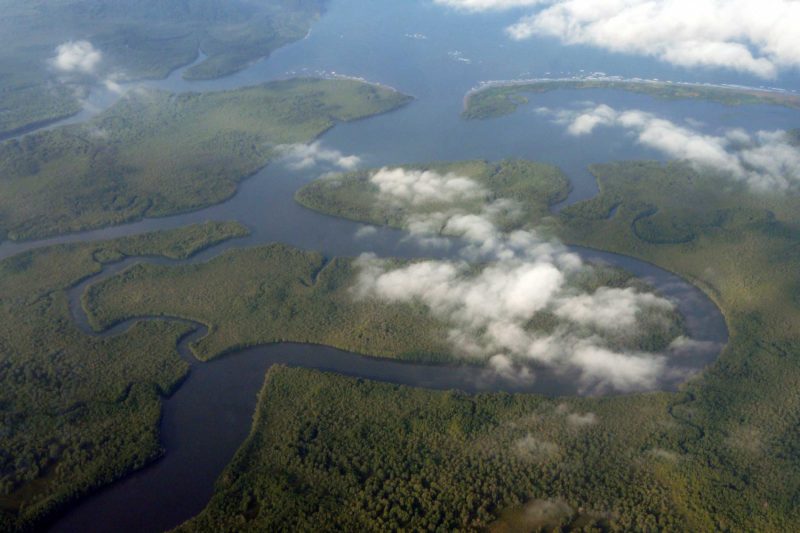 Altitude is a further factor. On venturing into the Talamanca Mountains – perhaps to seek out the resplendent quetzal, one of Central America’s most iconic birds – you might be met with fog and drizzle in low temperatures more akin to the UK. A log fire in your room will be most welcome.

Yet a further consideration is expense. As one would imagine, going in peak season (Christmas, Easter and August) tends to mean higher prices. If you are flexible, go at other times. Even a few days either side of the peaks can make a big difference to your costs.

There follows a brief month-by-month guide to Costa Rica’s weather which we hope you will find useful:

JANUARY
The north Caribbean coast, including the popular wetlands of Tortuguero, is really wet while the north Pacific region of Nicoya is very dry and hot. The Osa Peninsula, our favourite region of Costa Rica, will be driest at this time. It contains the largest protected tract of lowland true wet rainforest in Central America, replete with species of all kinds.

FEBRUARY
Another good month for fine, dry weather on the northern Pacific region of Nicoya, and decent weather in most of the rest of the country including the Osa Peninsula in the far southwest. Up in the cloud forests, resplendent quetzals are beginning to nest, so a good time to see that special species. Visitor numbers will be high, but one can usually find areas away from the tourism hotspots.

MARCH & APRIL
The third and fourth months in which fine, dry weather is to be found in the northern Pacific coast (Guanacaste) and mainly good weather elsewhere. This is a dry tropical forest region and receives the lowest rainfall in the country. Whereas the northwest will be bone dry, other regions are remaining green and starting to get a little rainfall. During March and April the annually variable Easter celebrations take place and most of Costa Rica goes on holiday, not to mention US students on Spring Break and other international visitors. A very busy time and best avoided once you’ve checked the actual Easter dates for the year you intend travelling. Keep away from the weeks either side of Easter weekend and you should find this a good time to visit.

MAY & JUNE
These two months are a time of transition from dry to wet season, with gradually increasing rainfall and rivers becoming full. Wildlife loves this time of year for its freshness and cooling effect. On Tortuguero’s beaches on the northern Caribbean coast, Leatherback and loggerhead turtles are ending their nesting season which began in March, while green turtles are starting theirs, and stay until September.

JULY & AUGUST
These are considered the best off-peak months to visit Costa Rica, with rainfall starting to decline and rivers becoming swollen, an ideal time for white-water rafting. Olive ridley turtles are busy laying eggs on the beaches of Ostional and Santa Rosa National Park on the Nicoya peninsula where they will be until December. Green turtle nesting peaks from July to September north of Limon on the Caribbean coast, where hawksbills also come ashore at this time.

SEPTEMBER & OCTOBER
The Pacific far southwest from Dominical to the border with Panama receives lots of rain during these months, and Nicoya is having its rainy season. However, the normally wet central and south Caribbean coasts remain relatively dry – this is the best time to visit the eastern side of the country, famous for Totruguero and its waterways.

NOVEMBER & DECEMBER
The weather during November and the first half of December can be hard to call: there could be buckets of rain everywhere or it might be quite dry across the whole country. Whatever the case, the last two weeks are peak season and rammed with visitors paying the highest prices. One can still find locations where you won’t notice so many people but booking ahead is mandatory.

Whenever you choose to visit Costa Rica there will always be somewhere good to visit and something to make your trip worthwhile. You can consider it a year-round destination.

Off The Beaten Track In Costa Rica: Supporting Rewilding And Conservation

A Self-drive Adventure In Costa Rica