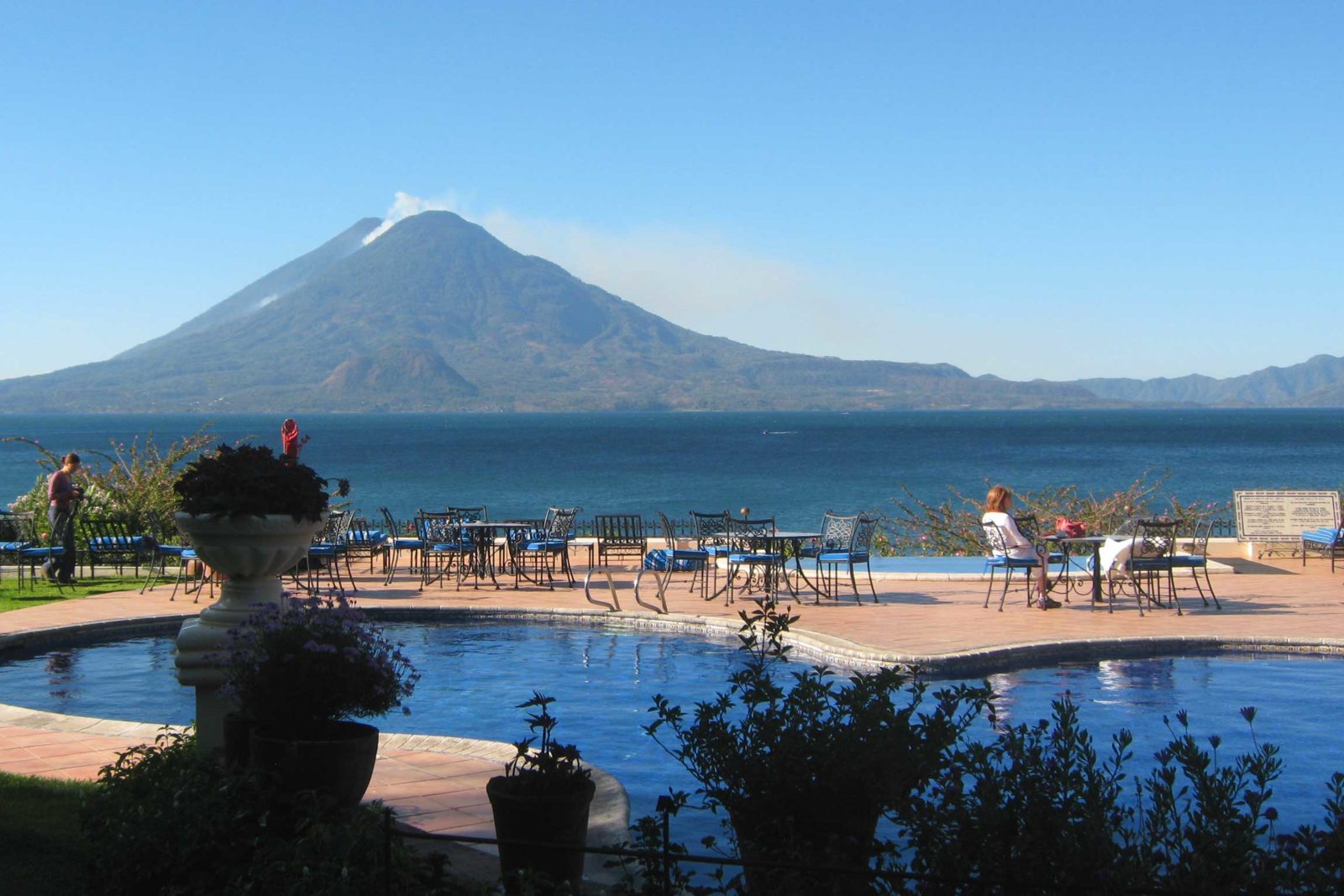 As a wildlife destination Guatemala is chiefly of interest for birdwatchers, containing as it does over 740 avian species. That there is exceptional birdlife is evidenced in Guatemala’s currency, the Quetzal, named after the Maya god-bird known as the resplendent quetzal, the world’s most beautiful trogon. The full gamut of Central America’s mammal and other species do inhabit the rainforested El Peten region but luck is needed to see many of them. However, in El Peten one can now stay at a lodge within a jungle reserve where the chances of seeing other species are much higher.

A narrow strip of lowland fringed by black sand beaches separates Guatemala’s Pacific shore from its southern highlands. These rise sharply to 2,500 to 3,000 metres – fringed by a series of volcanoes – and stretch for 240 kilometres before descending into the northern lowlands. Various basins dot the volcanic region at around 1,500 to 2,500 metres, giving rise to rivers which drain into the Pacific and Atlantic oceans, and it’s in these basins where most of the population live. One basin has no apparent drainage: the magnificent Lake Atitlan, ringed by Maya settlements and a big draw for visitors. The southern highlands give way to the central highlands, lower, more rugged and less densely forested, which fall into the Caribbean coastal levels containing Lago Izabal and Rio Dulce, and the rainforested northern flatlands of El Peten where the mighty Maya ruins of Tikal, Yaxha and Uaxactun are found.

The Pacific coast of Guatemala has black sand beaches and is lacking in good hotels, as it is little visited by foreign tourists. However, it does have some good turtle nesting beaches and coastal biosphere reserves, and whale watching is possible in season.

Bordered by Mexico and Belize, Guatemala is the most Mayan country in Central America and the descendants of that ancient people still wear traditional dress and cleave to their customs despite hundreds of years of Spanish conquest and subsequent, often repressive, rule. The Spanish colonial era did leave one lasting gem: the impressive city of Antigua which retains hugely impressive architecture.

Guatemala combines very well with its neighbour, Belize, where you’ll find a Caribbean vibe, friendly, English-speaking people, world class lodges and the world’s second longest barrier reef, providing excellent diving and snorkelling. Taken together, Guatemala and Belize amount to a veritable “best of Central America” experience not possible if visiting just one of those countries.

Little visited by foreign tourists due to rough waves, rip tides and black volcanic sand beaches, the Pacific coastline of Guatemala is nevertheless one of great beauty and major interest to wildlife enthusiasts for its whale and turtle watching possibilities.

The small town of Monterrico is set on a long beach pounded by surf and fringed by a mangrove-lined channel. Moterrico (with its sister settlement of Hawaii) is at the heart of the Biotopo Monetrrico-Hawaii, a nature reserve comprising abundant wetlands and 20km of wild beach, a vital nesting ground for three species of turtle: olive Ridley and green (July-December), and the mighty leatherback (mid-October-December). A few conservation organisations operate in the area, striving to protect the turtles from egg “collectors” who plunder the nests and sell the eggs, regarded as a delicacy locally. Despite being an illegal activity it is difficult to enforce, so an informal arrangement has evolved whereby the heuveros donate a dozen eggs from each nest they raid to the local conservation hatcheries which in turn incubate them and release thousands of new-born turtles into the sea each year. Some visitors buy the entire haul from the hueveros and donate them to the CECON hatchery, which can be visited and where you can sponsor a baby turtle, releasing it back to the ocean.

Monterrico is also the base for sea excursions by boat to find pilot whales, bottlenose and spinner dolphins, giant manta rays and whale sharks throughout the year, and with fairly reliable sightings of sperm and (mainly) humpback whales from December to May.

Long a favourite of international yachtsmen and local boat owners alike, the beautiful Rio Dulce runs from the Spanish colonial fort of San Felipe at the mouth of Lake Izabal to the Caribbean Sea at Livingston. A short distance from the fort is the town of Fronteras, linked to the town of El Relleno by the largest bridge in Guatemala. For a couple of miles eastwards there are a number of marinas and small hotels, then the river transforms into a long narrow lake called El Golfete. From there the river narrows into a spectacular six mile-long gorge, rising to 300 feet in places and covered in trees, before finally reaching the sea.

The Rio Dulce ends at Livingston, a town first settled by the Garifuna, descendants of escaped African slaves and Carib Amerindians who fled the island of St Vincent after persecution by the British. They eventually settled much of the northeast coast of Central America: Garifuna communities can be found from Belize (Dangriga, Hopkins and Punta Gorda) all the way through Honduras’ Miskito Coast down to southern Nicaragua at Bluefields. Not surprisingly, Livingston has a far more Caribbean feel than the rest of Guatemala, with a laid back atmosphere and a special cuisine all its own using fish and coconut in delicious ways.

On the other side of the river from Livingston is Puerto Barrios, Guatemala’s main Atlantic seaport.

There is good birdwatching to be found along the Rio Dulce, both water birds and forest species, and many migrants visit the area.

Livingston makes a convenient departure point for Punta Gorda in Belize, which can be reached by private water taxi in an hour or so.

A former capital of Guatemala, Antigua was founded by the Spanish in 1543 and grew to become the finest city in all Central America. It was carved up by various Catholic monastic denominations such as Jesuits, Capuchins and Merceds, each with its own fine church and specific area of control.

Following a series of minor earthquakes, a major one in 1773 led to widespread destruction and abandonment for a new capital, Guatemala City. Today there are numerous picturesque ruins to be seen among the many well-restored colonial buildings which survived the quakes.

Neglect followed until the late 20th century when the architectural and historical value of what remained was finally realised. Since 1972, renovation has continued apace and now the city is the top tourism site in the country, a thriving, popular metropolis settled by many wealthy locals and foreigners. There are numerous restaurants, bars, galleries and monuments, as well as fine colonial hotels and leafy plazas.

Antigua is surrounded by volcanoes, one of which is active (appropriately called Fuego). Climbing the volcanoes is one activity on offer for visitors, but should be attempted only if fully equipped and guided.

El Peten is the northernmost department of Guatemala and, at nearly 14,000 square miles, the largest, amounting to a third of the nation’s landmass yet holding only three percent of its population. Its capital is Flores, a Spanish colonial settlement set on an island in Lake Peten Itzal, the largest of a string of lakes in the central region. To the south of the lakes lies a broad savannah of little agricultural value. To the north are extensive areas of lowland karst rainforest in which are found important ancient Maya sites.

The best known of these is Tikal, built in the Classic Mayan period and consisting of various plazas and “pyramid” temples set in thick jungle. Others include Yaxha and Uaxactun, with one of the oldest Maya cities, El Mirador, the furthest north and only accessible via a two-day hike with camping. Walking early to Temple No.4 at Tikal to watch the sun rise, afterwards exploring the famous site, then later driving to Yaxha to watch the sun set are highly recommended activities when visiting this area.

Very near Flores is the Mundo Maya International Airport from where flights go to Guatemala City, Belize and other centres.

In addition to the Maya treasures, El Peten’s jungles are rich in flora and fauna, some of which can be seen at the sites, from the road going into Tikal National Park and along the less-busy road to Yaxha. Species include oscillated turkey, grey fox, spider and howler monkey, coati, keel-billed toucan, collared aracari and many butterflies and parrots, including scarlet macaws. More than 285 bird species have been recorded at Tikal alone. To the northwest of Tikal lies Guatemala’s only true rainforest wildlife lodge, Las Guacamayas, which offers river boat trips and jungle nature walks, including at night.

In the past few decades El Peten’s forests have been threatened by increased subsistence farming and cattle ranching but, since 1990, conservationists have succeeded in winning protection for a third of the region in a number of parks and reserves, together forming the May Biosphere Reserve (which also crosses into Belize).

The climate of Guatemala varies greatly, mainly depending on altitude. Most people live between 900 and 2,500 metres, giving pleasantly warm days and cool nights. The northern lowlands and the Rio Dulce region are humid and very warm. The rainy season in general is from May to October, while the dry is from November to April. It can often be quite dry during August, too.

Around 14 to 15 hours from London, including change of plane in a US or other airport such as Madrid.

Guatemala For All The Family 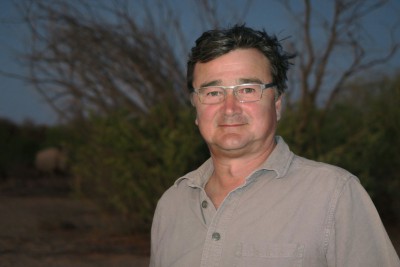 If considering combining Guatemala with Belize, you can fly into Guatemala City and out from Belize City. You can enter Belize either from Tikal/Flores across the border into western Belize, or by boat from Livingston which takes you into southern Belize and makes it easier to access the cayes (islands) of the Belize Barrier Reef.