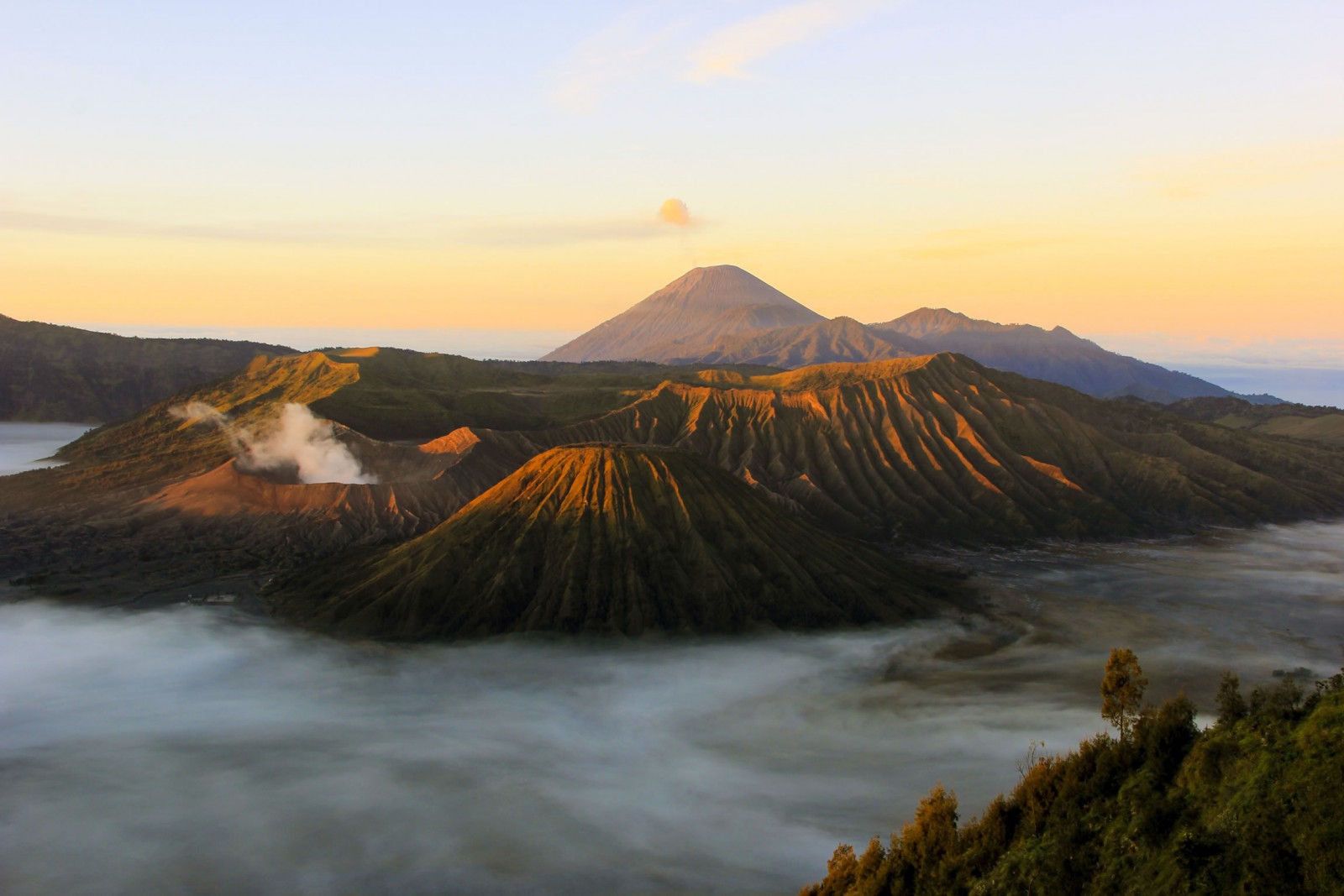 All the ingredients for an ideal holiday, with plenty of diverse scenery and culture, and an extraordinary variety of wildlife, both on land and underwater

The fact that eminent 19th century naturalist Alfred Russell Wallace – co-discover with Darwin of the theory of evolution – gained so many original insights from Indonesia gives a clear indication of the archipelago’s global natural history importance. He gave his name to the Wallace Line, the natural boundary which exists in Indonesia between the fauna of South East Asia (found in its western islands) and Australasia (observed in the east). The combination of both biological spheres accounts for the astonishing diversity of wildlife to be found throughout this vast nation.

The world’s largest archipelago, Indonesia has over 17,000 islands stretching from Asia all the way to Melanesia, giving the visitor an almost impossible range of choices. Highlights include the rainforests of Kalimantan (Borneo) and Sumatra with their orang-utans and other wildlife; impressive temple complexes such as Borobudur; huge volcanoes including Krakatoa, Mt Bromo and the crater lakes of Flores; the awesome “dragons” of Komodo and Rinca; and, of course, thousands of wonderful beaches and coral reefs offering world class snorkelling and diving. This remarkable diversity provides all the ingredients for an ideal holiday with plenty of scenery and culture, and extraordinarily diverse wildlife both above and beneath the water.

Tanjung Puting National Park is the largest protected forest in central Kalimantan (Indonesian Borneo). The park protects 3,040 sq km of lowland dipterocarp and peat swamp forest and is home to the highest density (over 6000) of wild orang-utans in the world. The best wildlife viewing is at Camp Leakey, situated two hours upstream from Rimba Eco Lodge.

Camp Leakey was set up in 1971 by Dr Birute Galdikas and named after her mentor, Dr Louis Leakey, the famous Kenyan paleoanthropologist. Chief researcher Dr Galdikas, together with Jane Goodall and Dian Fossey, worked with Leakey to form many of the current theories on primate behaviour and biology. The camp’s mission is to support research into orang-utans and, over the years, scientists there have studied hundreds of the great apes. The site is also one of the foremost rehabilitation centres for orphaned orang-utans. In 1995, new regulations in Kalimantan prohibited the reintroduction of orang-utans into areas already supporting healthy wild populations to prevent the risk of disease transmission. This has resulted in a healthy population of orang-utans at Camp Leakey, with a mixture of rehabilitated, descendants of rehabilitated, and wild but habituated orang-utans, and you are likely to have good sightings including large males, new born apes and infants.

Although not the largest, Java is the main Indonesian island and seat of the federal government.

Indonesia’s capital city, Jakarta, is home to more than half of the population of Indonesia, but for most visitors is little more than a jumping off point to explore Java. The island offers impressive scenery with a chain of volcanoes running down its length. One of the most famous is Mt Bromo: a visit here at sunrise offers a unique photo opportunity. Further south, the Ijen crater has miners carrying heavy loads of sulphur up the slopes and a picturesque turquoise lake which can mysteriously change colour, making the effort to get there well worthwhile.

The famous stupas at Borobudur are another highlight of a trip to Java. This large Buddhist temple complex surrounded by hills is a UNESCO World Heritage Site and thought to have been built in the 9th century. It is worth staying nearby to see at sunrise but can also be visited on a day trip from Yogyakarta. Yogyakarta is a popular town with famous markets and architecture and a good place to pick up arts and crafts or take in traditional cultural shows.

Way Kambas is one of the oldest protected forests in Indonesia and, despite heavy logging, development and poaching in the area, has retained populations of some of South-East Asia’s most endangered mammals. These include Sumatran rhino, Sumatran elephant and Sumatran tiger. Other mammal species include a good population of sun bear and Malayan tapir as well as an impressive list of cats including tiger, Sunda clouded leopard, marbled cat, Asian golden cat, fishing cat, leopard cat and the highly elusive flat-headed cat. One can also spot slow loris, large-tailed nightjar, Indian red muntjac, southern pig-tailed macaque, Eurasian wild boar and siamang gibbon, the largest of the gibbons.

Way Kambas is home to the Sumatran Rhino Sanctuary where currently four individuals are kept in large enclosures with natural surroundings in the hope of creating a viable captive breeding programme for the species which is on the verge of extinction. This gives visitors the chance to get close to these impressive animals, although visits cannot be guaranteed if rhinos are showing signs of breeding behaviour, in order to keep disturbance to a minimum.

Activities on offer in the park include game drives along the main jeep track, boat trips along the Way Kanan River, hikes through the forest along trails (including a known tiger trail to see fresh tracks if lucky) and elephant rides on the domesticated elephants at the elephant rescue centre.

Accessed from Labuan Bajo on Flores, the UNESCO World Heritage Sites of Komodo and Rinca islands are the only places to see the ferocious Komodo dragon, the world’s largest lizard. Rinca is the closer island and easily visited on a day trip during which you can go trekking (although dress appropriately as there is not much shade). Komodo is more forested and the dragons here tend to be bigger. Other wildlife includes macaques, deer, wild boar and various species of birds.

One can combine trips to the islands with diving and snorkelling opportunities: often a snorkel stop at Pink Beach is made after a visit to Komodo.

As Komodo is quite far from the mainland, most visitors stay on boats overnight, enabling them to combine both the islands and avoid the crowds. Some dive boats will detour to Komodo, and various resorts can organise boat trips there.

South of Flores in the lesser Sunda Islands lies Sumba, twice the size of Bali at 11,153 square km in size, and formed of a mixture of terrains and habitats making it quite different from its neighbouring islands. There is dry savannah, mountains and some of the most beautiful beaches in Indonesia. Sumba’s dry deciduous and semi-evergreen forests support almost 200 species of birds including seven endemic and range-restricted species.

There has been very little tourist development on Sumba: the luxurious, top end place to stay is Nihiwatu Eco Resort, while Sumba Nautil Resort offers great service and spacious rooms at very good value. This means the island’s traditional culture is still very much in evidence, with vernacular three-storey houses with high pointed roofs and locals still wearing traditional dress. Headhunting only stopped around 50 years ago, and thus the island has been the subject of anthropological documentaries. There are regular flights from Bali, making Sumba easy to combine with a stay there before flying home.

Bali was one of the first Indonesian islands to attract visitors. With its Hindu traditions, gentle people, captivating scenery and colourful cultural festivals, Bali has been popular for many decades.

Despite being a major international gateway to Indonesia, you don’t have to go far in Bali to avoid the crowds. One of our favourites locations is Bali Barat National Park in the west, where you can stay in luxury at The Menjangan.

Jimbaran Bay is a good choice for a stopover with its popular fish restaurants and good hotels. On the south coast, Uluwatu temple is set on the cliffs and especially rewarding to visit at sunset.

For a taste of the true Bali, travel inland to the small town of Ubud, known as the cultural centre of Bali. Shop for finely made arts and crafts, visit holy temples (some home to resident macaques) and enjoy the surrounding scenery with the forest high above the valley and rows of ancient terraced rice fields.

Bali makes a good hub from which to visit other islands, as many international flights arrive in Denpasar, its capital, from where connections can be taken to many islands after a night or two to enjoy the island.

The most easterly and one of the least populated provinces of Indonesia, the main attraction for visitors to West Papua, formerly known as Irian Jaya, are the stunning, remote islands of Raja Ampat. There are over 600 islands in total, the four main ones being Waigeo, Batanta, Salawati and Misool. The diving in Raja Ampat, located within the famous Coral Triangle, is world class having 75% (550) of the world’s coral species. It has probably the richest marine biodiversity in the world, with an estimated 1427 species of fish, plus 60 species of crayfish, five squid and 699 species of mollusc. As well as the abundant macro life, there are frequent sighting of manta rays and sharks, including the curious looking wobbegong.

On land, the scenic mountains and forests are home to mammals and many birds including the yellow-crested white cockatoo, forest kingfisher, julang Irian, king parrot, red-black-headed parrot, manbruk Viktoria, cassowary and various birds of paradise. The South Misool nature reserve, for example, has 159 species of bird including 4 birds of paradise.

The main point of entry is Sorong, with regular flights from Manado, Makassar, Bali and Jakarta making it easy to combine with others parts of Indonesia.  West Papua has the opposite weather pattern to the rest of Indonesia, being driest from October to April and wettest from May to September.  The seasons are much less marked here and the various micro-climates around the islands mean that you should expect sunshine and showers throughout the year.

Indonesia has a tropical climate and is hot and humid throughout the year. The main rainy season runs from October to April with the dry season lasting from May to September. Generally speaking, the weather gets drier the further east you travel.  July and August tend to be the busiest months in Indonesia when hotel prices are most expensive. Rainy season months tend to be better value but December, January and February are best avoided due to heavy rain and floods.

Islands in the very far east (Raja Ampat, West Papua, Maluku Islands, etc) have the opposite weather pattern with the driest months being October to April and the wettest being May to September (the difference between the two seasons is much less marked, however).

Central Indonesia in Comfort and Style

The Best of Indonesia’s Wildlife

Tiger Blue is a traditional 112 foot timber phinsi yacht which sails around the ...
Indonesia East Of Wallace Line

Five-star resort on its own private island in the remote Rajah Ampat Archipelago...
Indonesia East Of Wallace Line

Offering peace and seclusion and a good base from which to visit the islands for...
Indonesia East Of Wallace Line 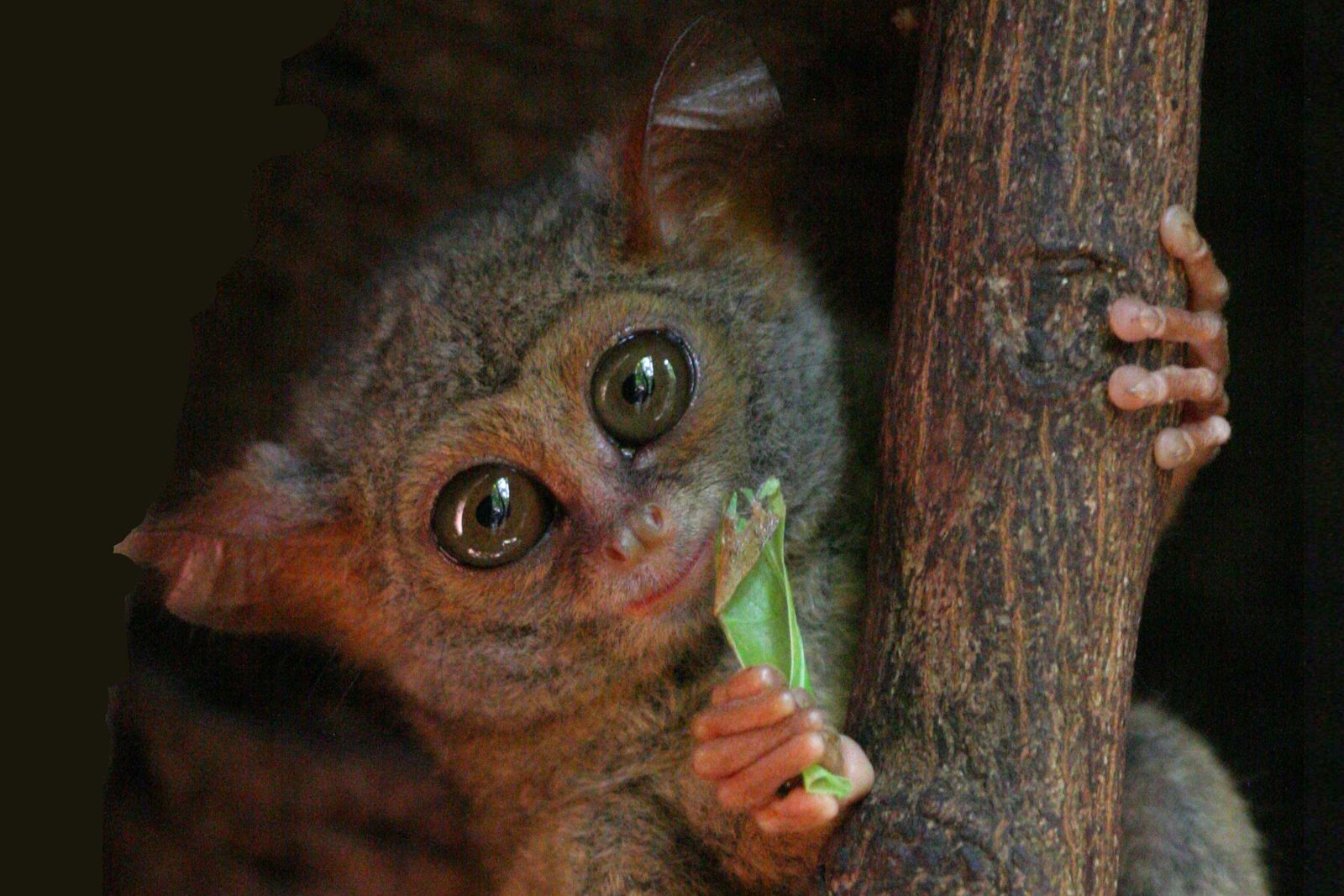 Here we give our top 10 Indonesia wildlife and cultural highlights that make this island nation so special to lovers of natural history.
Read Entry 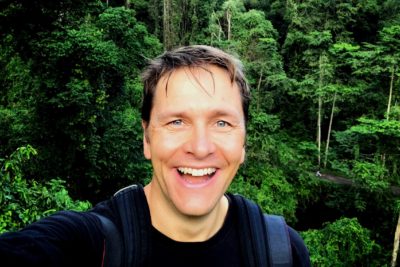 Indonesia is easy to combine with other destinations including Malaysia, Singapore and Papua New Guinea.

Misool exceeded all expectations – location, diving, resort, staff, food all wonderful and staff so friendly and efficient. The marine life was spectacular! So again another great trip from Reef and Rainforest and well worth the very long travel!