Ever since 1989 when Reef & Rainforest first started offering natural history tours to selected wildlife destinations, we have been aware of the enormous potential for tourism to contribute to conservation.

One of our first countries, and still one of our favourites, is Costa Rica. It was a pioneer in so-called ecotourism (a term that can mean many things but in this instance relates to sustainable wildlife travel) and has gone on to conserve over 25% of its land mass for the sake of future generations. These national parks and private reserves have effectively saved vast swathes of forest from clear felling and conversion to agriculture. 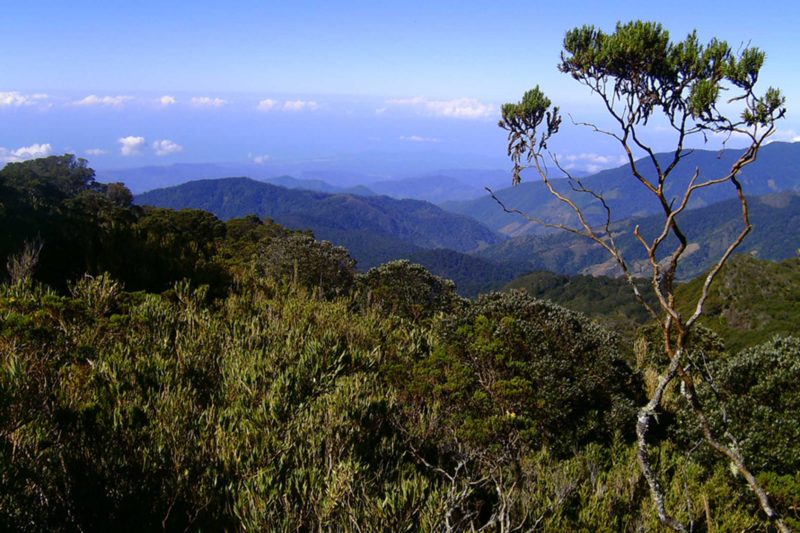 But how do the owners of the many private reserves in Costa Rica gain from their altruism? Why don’t they just log the land and grow crops like oil palm or soya beans? The way they gain an income while still preserving the wilderness is chiefly down to small-scale natural history ecotourism. People will pay handsomely for the privilege of seeing exotic, colourful and often endangered species, staying in small lodges set within huge tracts of forest or other habitat.

The lodges themselves adopt sustainable energy and sanitation practices, thereby impacting minimally on the environment, and provide employment for local villagers, enabling them to remain on the land and develop schools and clinics. Locals become educated in the benefits of preserving their wildlife rather than hunting it for the pot. Landowners derive an income from their guests and are incentivised to manage and maintain reserves for posterity and the benefit of the creatures which inhabit them. Examples of such lodges exist throughout the world, including the Manu Wildlife Centre in Peru and Sacha Lodge in Ecuador. 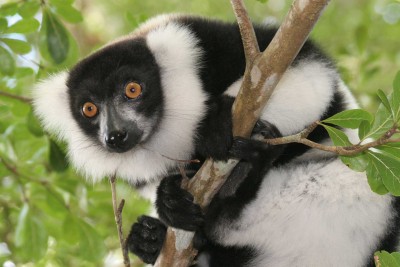 In Madagascar (which we’ve offered for over 25 years) it can be argued that it is solely ecotourism that has led to the protection of the island’s last remaining forests. With only 15% of its original forest cover remaining, Madagascar was in danger of losing all of it before tourism began there around 30 years ago. Now there is a network of parks and reserves which seek to protect the hugely appealing lemurs and other unusual, endemic species which depend of the remaining arboreal habitats: rainforest, dry deciduous forest and spiny forest.

Some years ago there was a serious political crisis which led to a dramatic drop in tourism arrivals, leading to a drastic loss of revenue which previously financed park management and paid for local rangers to guard protected areas. That in turn enabled illegal loggers and slash-and-burn cultivators to invade the reserves unimpeded, killing many rare and endangered species for the pot and further eroding what is left of its precious wilderness.

With the return of political stability, we see that once again the parks are guarded and the creatures within them protected, all down to the income derived from the tourists who have now returned. Madagascar also supplies examples of private initiatives which have resulted in newly protected areas. Anjajavy Lodge, near Majunga on the west coast, started out with a thousand acres of private reserve reaching inland from the main operation. Recently that acreage has expanded ten-fold, paid for by visitor income, and now there is a vast protected area of endangered dry tropical deciduous forest inhabited by many rare birds, the fosa and lemurs such as Coquerel’s sifaka and the mysterious, nocturnal aye-aye.  If the tourists had not come, the forest would not have been saved. 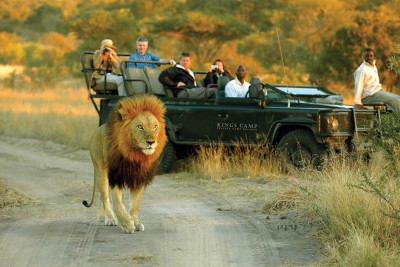 In South Africa (and other African countries) the main impetus for the creation and maintenance of vast reserves like Kruger as well as small, private ones such as Sanbona is the revenue from tourists going on safari. Numerous lodges attract thousands of paying guests each year, whose contribution helps pay for the constant, costly management and upkeep of the parks.

There are many examples where ecotourism can assist in the rehabilitation of animals who have suffered misfortune. In Costa Rica there is the Osa Wildlife Sanctuary, situated in the far southwest within the rainforested Piedras Blancas National Park. It is a refuge for many species, including spider, squirrel, capuchin and howler monkeys, scarlet macaws, toucans, sloths, kinkajous, peccaries and tayras. Tourists who visit give donations and volunteers (usually foreign) spend weeks helping out with the chores. 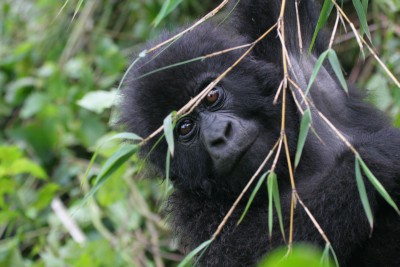 In some cases, ecotourism benefits a specific animal.  In Rwanda, for instance, they’ve just raised the mountain gorilla trekking permits to USD $1,500 per person.  Amazingly, this only gives you one hour with gorillas making this potentially to world’s most expensive wildlife experience.  Although restricting this experience to only the very wealthy, the small numbers of tourists this creates means that disturbance to the animals is kept to a minimum and the income raised from this has widely been credited with saving this unique and vulnerable animal from extinction.

It’s not only the animals that benefit, it also helps local people with jobs and other improvements to their lives.  Many locals become employed as guides, rangers and hotel staff.  In addition private lodges and governments reinvest tourist income into local infrastructure.  At Anjajavy in Madagascar, for example, revenue from the lovely lodge there has paid for the local fishing village to have a clinic and school.

There are aspects of ecotourism which are far from ideal, but as far as protection of wildlife and wilderness is concerned, it is absolutely vital.

The wildlife of Tortuguero and Sarapiqui with beach relaxation in Tamarindo.

Off The Beaten Track Supporting Rewilding And Conservation In Costa Rica

A Self-drive Adventure In Costa Rica