Travelling to Botswana: where to go when?

Travelling to Botswana: where to go when?

Botswana is in an arid region and should be dry and desolate throughout. Although this is the case in the deserts of south, the annual arrival of flood waters into the north of the country sustains an astonishing amount of wildlife and creates the famous Okavango Delta.  The fact that this flood arrives during the country’s long dry season makes this even more remarkable and helps to maintain a large population of big game animals and associated carnivores.

Botswana is a predominantly dry and sunny country with a pleasant climate throughout the year. Even during the rainy season months (December to March), rainfall is rarely high enough to prohibit travel and visitors are rewarded with dramatic skies, cheaper prices and beautifully green landscapes.

Most of the country is classified as being either desert or semi-arid and all would be pretty barren were it not for the annual flood waters that inundate the lush Okavango Delta and northern waterways.  The fact that the flood waters come when the wildlife needs this most – during the height of the dry season (July to October) – makes this an even more remarkable event and helps to sustain some of the highest mammal concentrations in Africa.

Counterintuitively, the rainy season months (December to March) are when the flood waters are at their lowest and many animals move away from the wetland areas to find grazing elsewhere.  This is when many animals choose to have their young and when the deserts of the south start to bloom, creating a paradise for birds, herbivores and associate carnivores.

This mix of seasons means that Botswana is truly a year-round destination.  Most people choose the dry season months for their first visit but many old-timers prefer the greenery, dramatic skies and unusual wildlife of the rainy months.

As one would expect, the dry season months (July to October) are the most expensive with December to March usually being the cheapest (but wettest) months to travel.  The transitional months of November, April, May and June tend to have good weather and decent prices but the wildlife can be a little harder to see as there is a lot more cover and the animals are more dispersed.

The best time for birdwatching in Botswana is generally from September to May, with the Okavango heronries becoming most active from September through to November when migrant birds return.  The best time to see carmine bee-eaters is when they congregate to nest between late September and December. 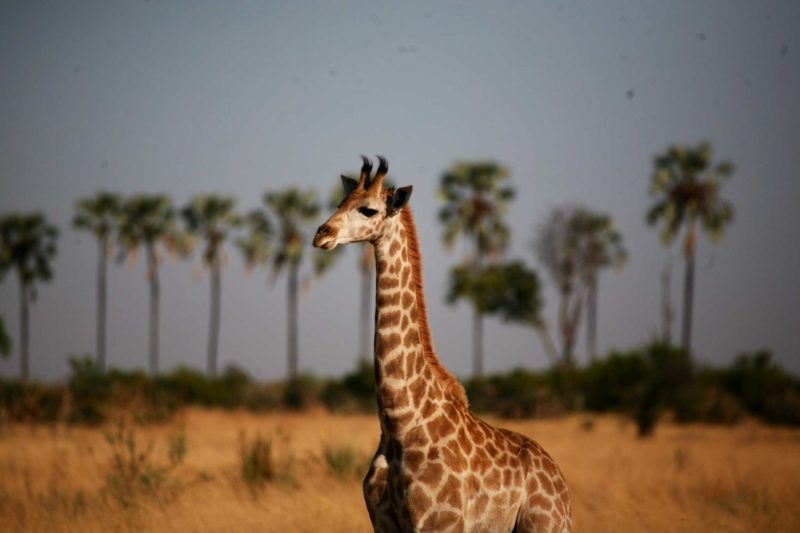 BEST TIME FOR WEATHER IN BOTSWANA

June to August are usually sunny and cool months.  Vegetation has usually thinned out by this time making wildlife more visible.  Although having the coldest temperatures of the year, they are still comfortable for safari activities with daytime temperatures sitting around 20 – 28 degrees Celsius.  Nights and early mornings can drop as low as 0 – 8 degrees Celsius.

September to October are arguably the best months for big game safaris as the temperature rises, further drying out landscapes and surface water, resulting in game concentrating around permanent water sources.  October can be extremely hot with maximum daytime temperatures between 35 – 40 degrees Celsius, so may not suit all travellers.

November to March is the main rainy season.  Temperatures are still warm during the day, up to 30 – 35 degrees Celsius, but may drop down to 15-18 degrees when it is raining.  Rain tends to fall in short, often-spectacular thundershowers, usually in the early afternoon which may interrupt game viewing.  Rainfall patterns vary annually, however and this is still a great time of year to visit with a lot of juvenile animals around, leading to increased predator/prey interaction.  Game viewing can be more challenging however as grasses are longer, vegetation is thicker and game more spread out due to the availability of surface water away from permanent water sources.

April and May continue to be a good time to visit Botswana, and travel into the parks is easier as roads dry out, making game areas more accessible, however the landscape is still lush and green.  These months are perfect for travelling with clear skies, warm days and cool nights as temperatures begin to drop. 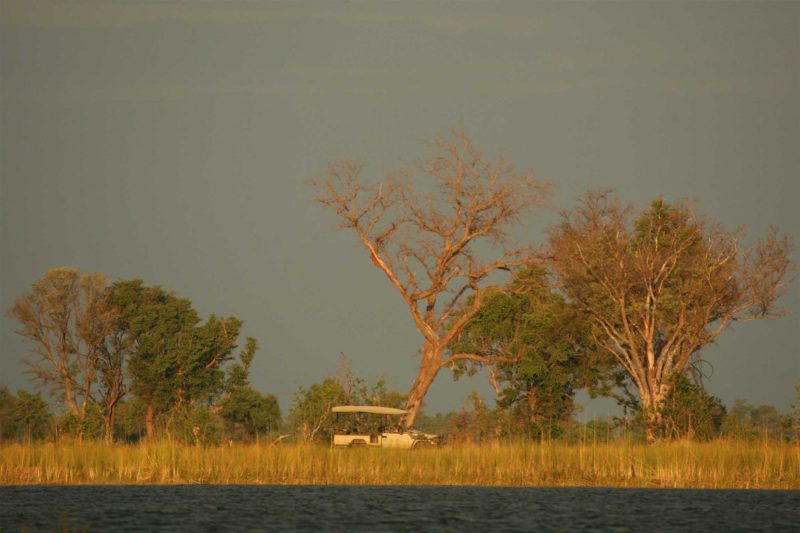 WHEN TO VISIT BOTSWANA, BY REGION:

The water levels of the Okavango Delta vary by several metres in depth throughout the year.  Most of the flood waters originate in Angola so take many months to arrive into the Delta, meaning that the peak of the flood usually arrives during the dry season (usually highest from May to September) with the lowest water levels during the rainy season (November to April).

High concentrations of game congregate around the permanent water during the dry season from April to October, especially as the heat increases into the latter months. The heronries become active as migrant birds return to Botswana from September through November, and general birdwatching is also excellent throughout their summer months. The rainy season, from November to April, reinvigorates the landscape with wild flowers, dramatic thundershowers and spectacular sunsets, and the birthing season brings great predator/prey interactions. 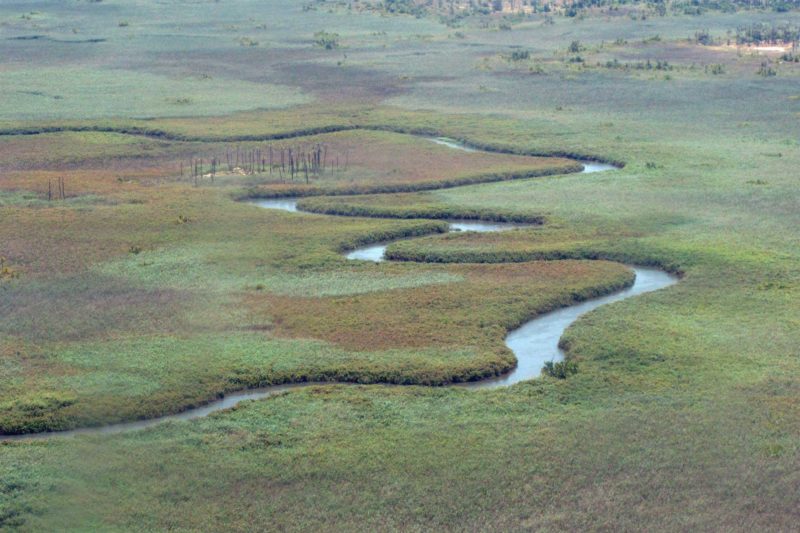 The Chobe River Front holds abundant wildlife due to the permanent source of water the Chobe River provides.   Sightings are best during the dry season (May to October) where water is scarce away from the river.  In the rainy winter season (November to April) game is much less concentrated at the river as the animals spread throughout the greater area of Chobe National Park due to availability of surface water in seasonal pans. This dispersal enables the vegetation along the river banks to recover from the massive herds that graze there in the dry months.  The summer rains bring beautiful wild flowers, exquisite scenery, impressive bird life and an abundance of young animals, usually born around November/December. 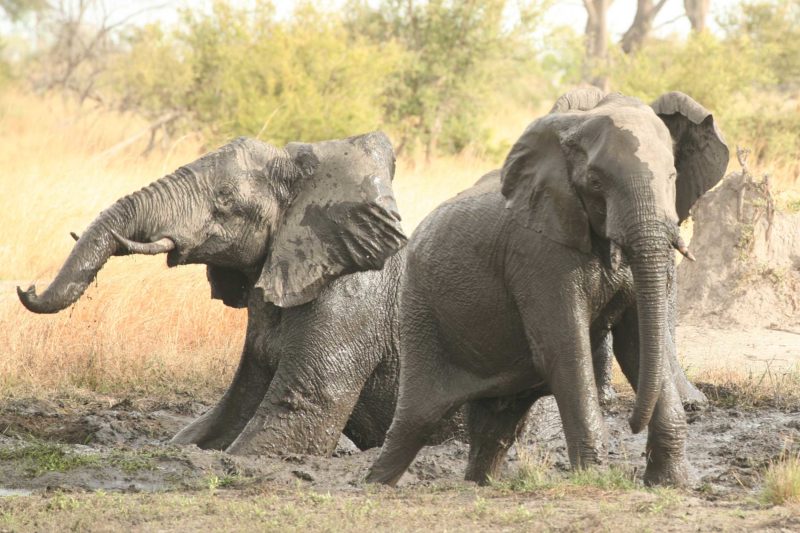 BEST TIME TO VISIT LINYANTI AND THE NORTHERN WATERWAYS

As with Chobe, sightings are best during the dry season months (May to October) when large herds of elephant and buffalo move in to make the most of the permanent water and good grazing.  Wild dogs start denning in Linyanti from June and can easily be found for three to four months afterwards as they hunt from their den.  Birdwatching is usually best between October and January.  The beautiful carmine bee-eaters are most abundant between September and December when they congregate around their nest holes. 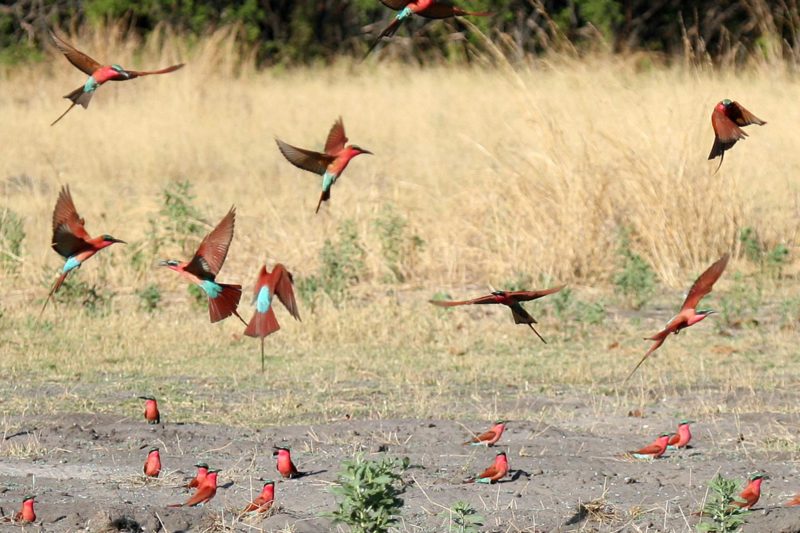 Game viewing is best during and shortly after good summer rains in the rainy season (November to March) as the harsh landscape turns into a flourishing paradise and rainwater accumulates in seasonal waterholes on the pans. Thousands of antelopes can be seen in the lush grazing areas, closely followed by hungry predators such as the elusive brown hyena, often seen around campsites after dark. The sunset during this time of the year reveals a red fireball which is seen behind scattered acacia trees in a classic postcard image.

During the dry season (April to September), waist-high golden grasses seem to stretch interminably, punctuated by dwarfed trees and scrub bushes. Wide and empty pans appear as vast white stretches of saucer-flat earth upon which mirages create the illusion of huge sparkling lakes. At night the stars utterly dominate the sky and their brilliance and immediacy are totally arresting. 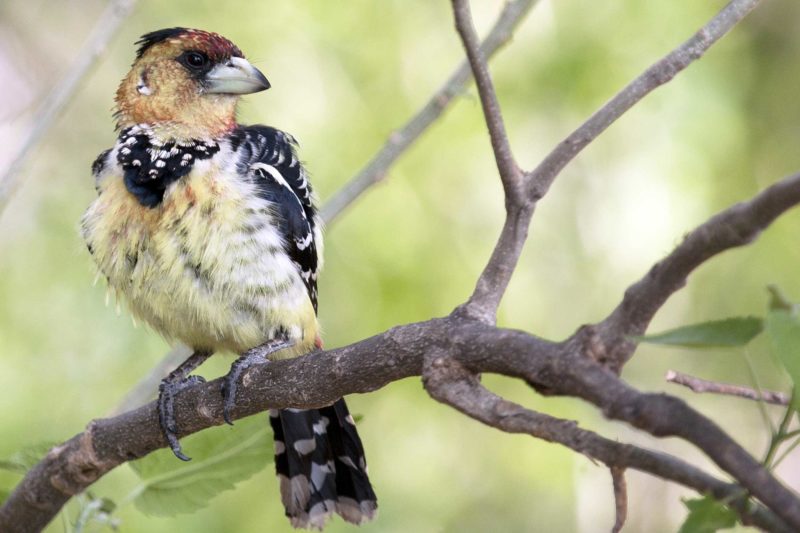 We have designed this itinerary to showcase the very best of the wildlife locations in Botswana.

Botswana Off The Beaten Track