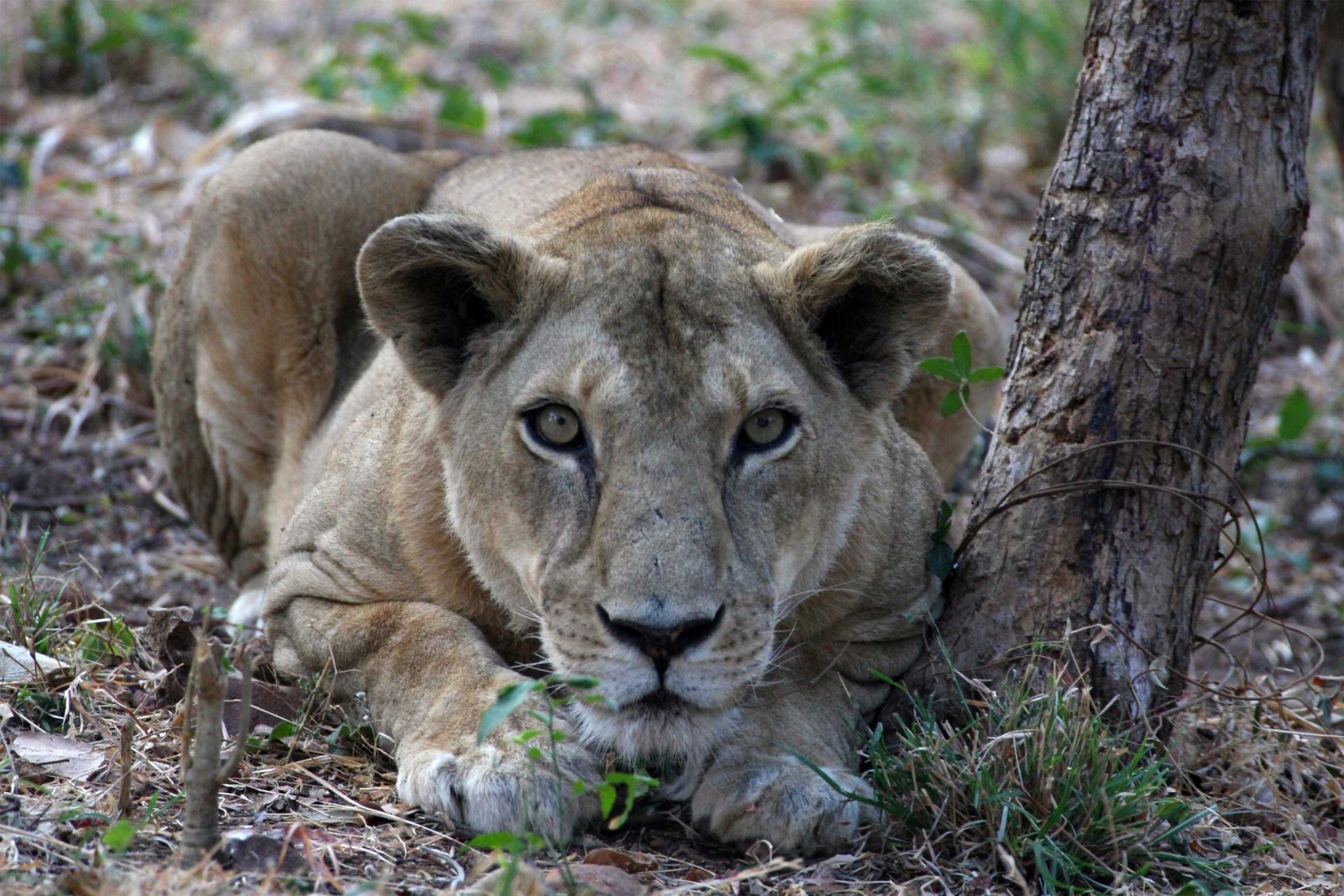 Lying on the southwest fringes of the Saurashtra peninsula (west-central India), Sasan Gir National Park is the last home of the remaiting 500 or so Asiatic lions. It was created in 1913 and given sanctuary status in 1965. Once close to extinction, Asiatic lions have been steadily rising in number since 1980 in this safe haven: about 239 lions were reported in 1985 and current estimates are over 500. The vegetation consists of teak with a mixture of deciduous trees, including sal (Shorea), dhak (Butea frondosa), and thorn forests. The terrain is rugged with steep rocky hillsides. A few springs exist, but their flow is erratic depending upon the season.

Confined to this forest since 1884, the Asiatic lion is slightly smaller than its African cousin – nevertheless a large male is quite a sight to behold. The best time to observe the big cats is at dawn and dusk, when they are on the prowl.
Sharing the Gir forest with the lions is an impressive variety of wildlife. About 200 leopards frequent the sanctuary and are regarded as being easier to see here than at any other reserve. As for prey species, there are large numbers of spotted deer, herds of sambar and nilgai, wild boar, four-horned antelope and grey langur monkeys. Carnivores include wild cat, jungle cat, golden jackal and a small but increasing population of the rare striped hyena. The 200-plus bird species include the peafowl, grey partridge, Bonelli’s eagle, crested serpent eagle, jungle bush quail, painted sandgrouse, common green pigeon and several species of dove. Sasan Gir is also home to the marsh crocodile which can be sighted easily in its rivers and particularly in the lake of the Kamaleshwar dam.

Sasan Gir National Park is steeped in history and folklore. It boasts temples of great antiquity such as Kankai Mata and Tulsishyam, a place of pilgrimage with hot springs. The forest is famous for its cattle herders, the Madharis, whose buffalo form a substantial part of the lions’ meals. Extremely hospitable, the Madharis’ lifestyle has changed little over the years and their folklore and traditions are a unique record of the coexistence of humans with lions. 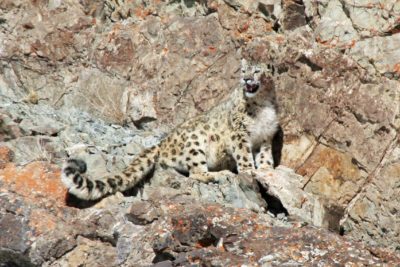 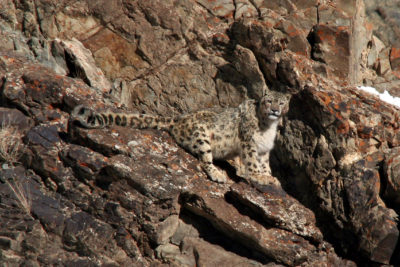 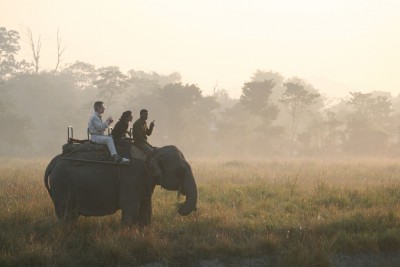 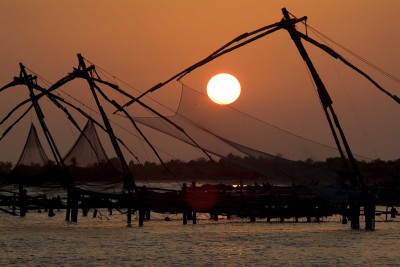 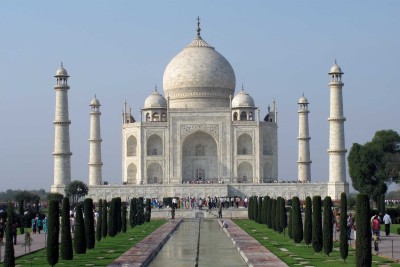 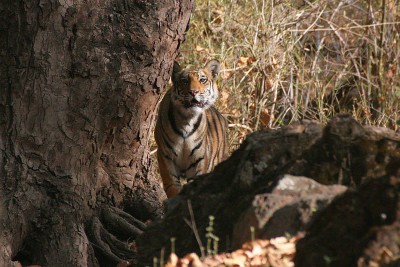 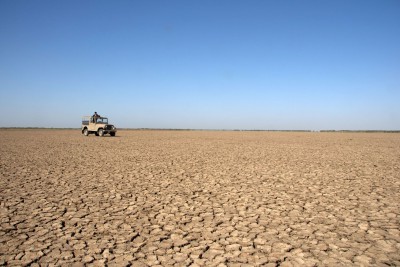 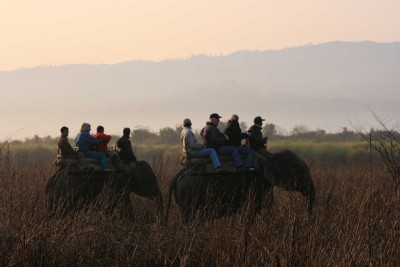 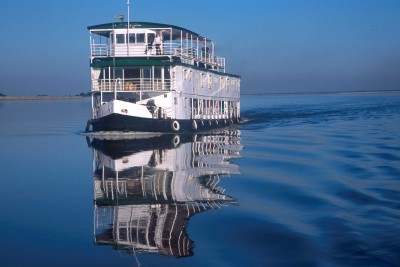