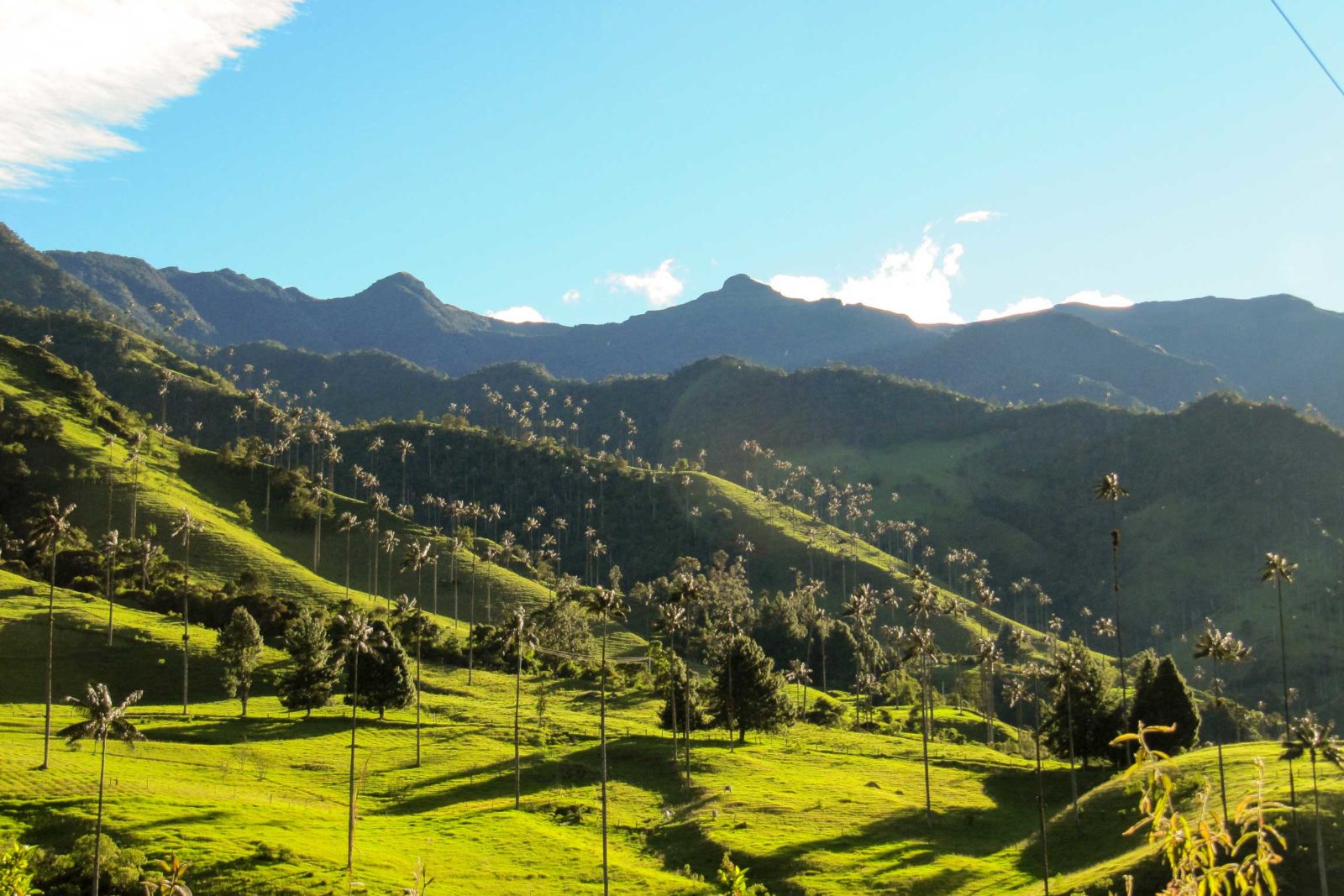 Part of the Colombian Coffee Region, the Cocora Valley is one of Colombia’s most iconic landscapes. The valley divides into two then disappears into the cloud forests above, pockmarked by the tallest wax palms in the world (Colombia’s highly endangered national tree) some of which are 60m tall. The Cocora Valley was created some 5,000 years ago by volcanic activity in the Paramillo del Quindio, an extinct volcanic structure that lies high above in Los Nevados National Park. Cocora is a key entry point for those wanting to wander for a few days in the vast páramo of the Nevados with the valley creating a buffer which protects the pristine forests and páramo above.

Cocora, meaning Star of Water in the ancient dialect of the Quimbaya Indians who once inhabited the region, was named after the daughter of a local chieftain and symbolises the cultural heritage of this pocket of the central Andes. Accessible by road from Salento (a 25min drive away), Cocora offers excellent day hikes to local reserves through open rolling countryside and deep, lush cloud forest ravines, all of which are teeming with birdlife. Much other wildlife is also present. Andean Condors descend to collect carrion on the pastures, and camera traps frequently record puma, mountain tapir and spectacled bear as they wander along the mountain paths towards unbroken habitat bordering the valley.