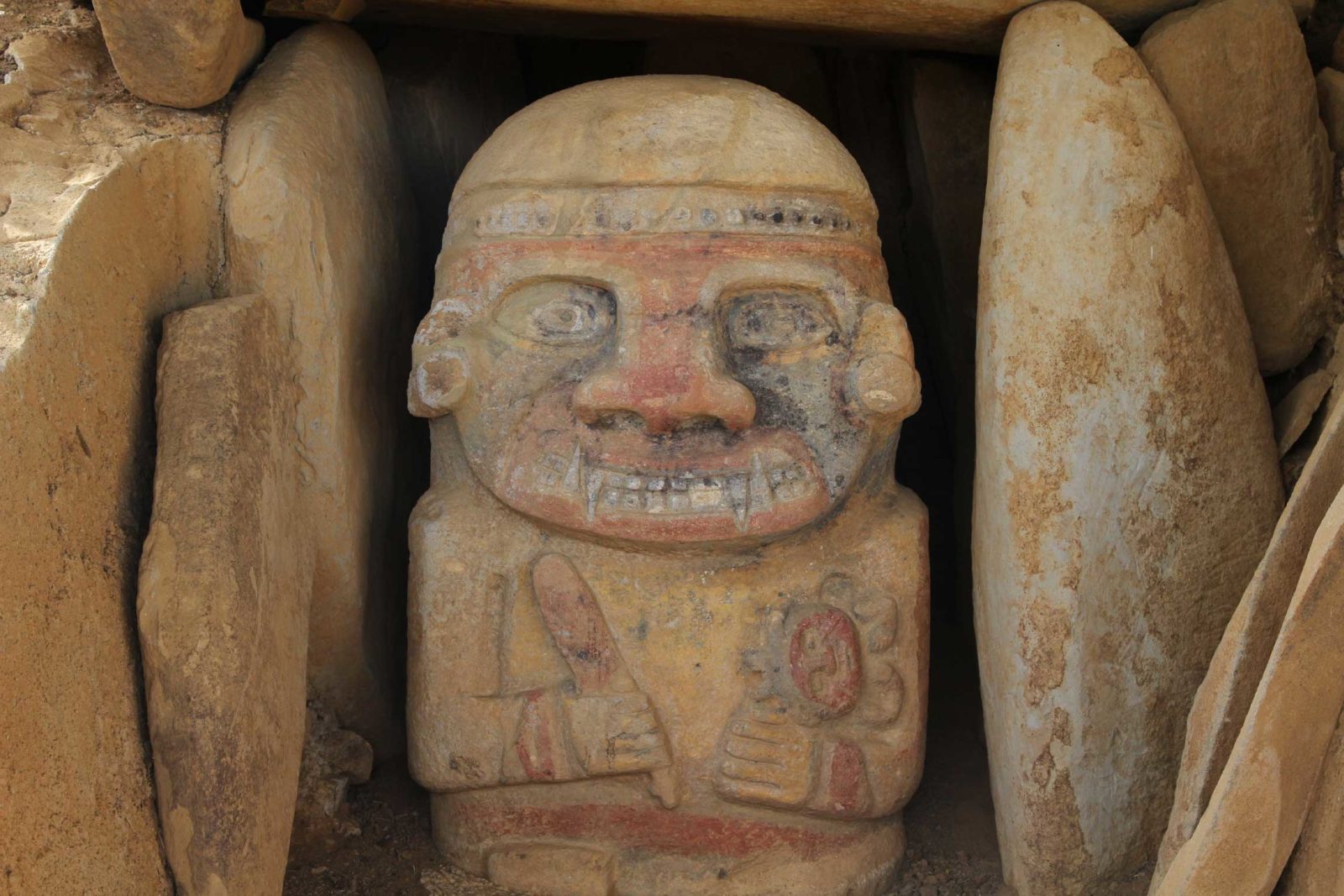 Considered the world’s largest necropolis (a cemetery with elaborate tombs and monuments), San Agustin’s Archaeological Parks are located in Huila department, in the south of Colombia, in the municipalities of San Agustín and Isnos. It contains the largest collection of pre-Colombian religious monuments and megalithic sculptures in Latin America and was also declared a World Heritage Site by UNESCO in 1995.

It is believed the statues were carved between100-900 A.D, but the exact dates are unknown as well as the origin of the carvers. They vary in height and form, ranging from anthropomorphic figures to animals like birds, frogs and snakes. Throughout the entire valley and region of the Upper Magdalena watershed there are well over 500 statues, all of which were painted and buried around the tomb or sarcophagus of the interred person. It is assumed that they were intended to give protection in the afterlife. Through the study of the statues various theories have emerged that provide an insight into the customs, beliefs and worldview of this culture, particularly that which was associated with life and death.

The San Agustin Archaeological Parks are perfect for those interested in learning about one of Colombia’s most interesting and enigmatic pre-Hispanic cultures.